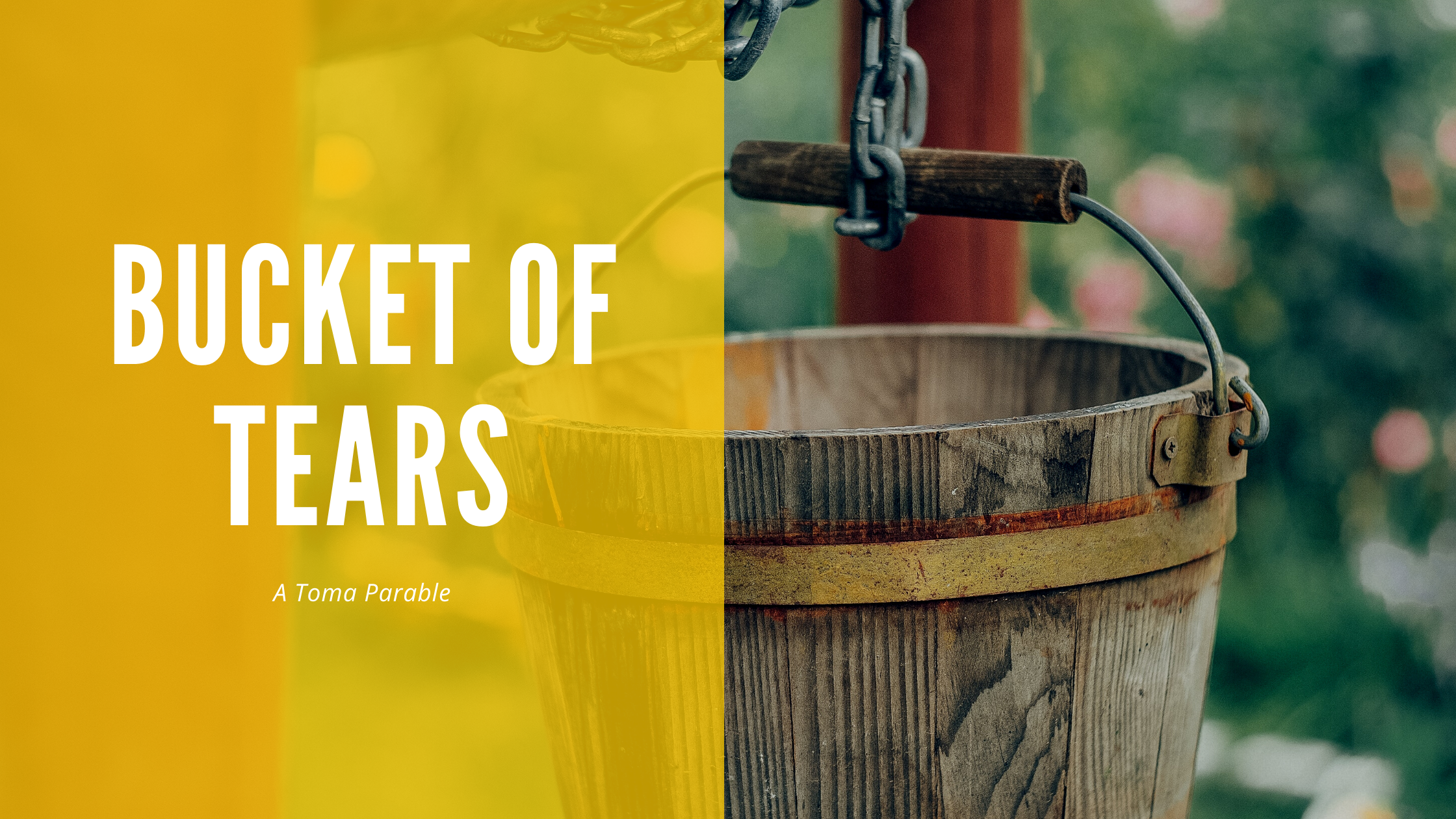 An old woman came by and said, “I’ll help you, but I know you’ll betray me.”

As soon as he was free, he taunted them, saying, “I didn’t really fill the bucket with tears. That old woman filled it with water and salt.”

So they took the old woman and nailed her to the tree instead. They told her she had to fill the bucket with her tears. She couldn’t do it, either. She stayed nailed to the tree and starved. When she was about to die she cursed the spider, saying that from now on everyone would chase him with torches.

So from the Toma perspective, the fable explains why the Toma people chase spiders with torches.

But for us as Bible translators, the Toma idea of being nailed to a tree opens the door for understanding what Jesus did when he was nailed to a tree. But he didn’t curse us as the woman in the fable did.

Instead, knowing we all would betray him, he saved us from our pain and shame, and took all of it upon himself. And he didn’t just take our sins—he took our grief as well. As Isaiah says:

He was despised and rejected by men,

a man of sorrows and acquainted with grief;

and as one from whom men hide their faces

he was despised, and we esteemed him not.

Surely he has borne our griefs

and carried our sorrows;

Jesus is the only one who could fill up the bucket of tears for us.

This Is How We Fight Our Battles