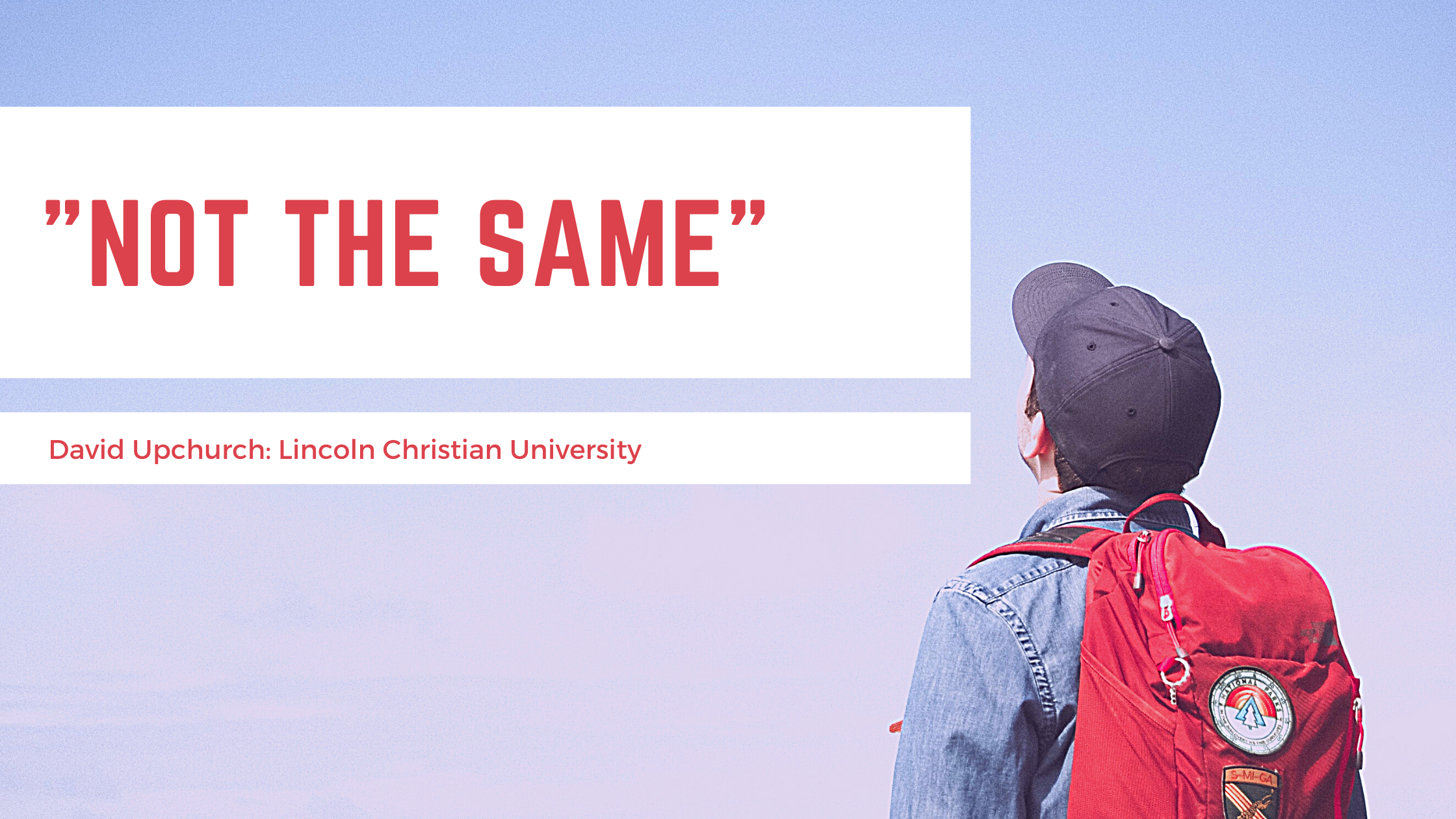 I spent 7 ½ years preaching in Havana, IL and I loved that church. There was a man named Andy Larson who served as an elder, but he was also like a father figure, a friend, and a mentor to me. One day on Mother’s Day, he had a massive heart attack as he was preparing for church, and passed away that evening. His death left a hole in the church and in my life … and I remember thinking, “it will never be the same.”

The same thing happened years later when I was preaching at RCC when Ron Bortmess, who I had known almost all my life and was one of my greatest encouragers, passed away. And once again, I remember thinking, “it will never be the same.”

I wonder how many times that has been thought or spoken in the last 76 years of Lincoln Christian University’s existence. When the founder and president, Earl Hargrove retired and Leon Appel became president … “it will never be the same.” When the “Mt. Rushmore” of Lincoln …  Mr. Hargrove, Mr. Mills, Mr. Dowling & Mr. Tesh were no longer around … “it will never be the same.”

And every time those words have been thought or spoken … whether it be in a church, LCU, or your personal life … it’s been true. It will never be the same. But here’s the deal … we have never been called to be the same or remain the same.

The Apostle Paul said it this way in Philippians 3 … “12 Not that I have already obtained all this, or have already arrived at my goal, but I press on to take hold of that for which Christ Jesus took hold of me. 13 Brothers and sisters, I do not consider myself yet to have taken hold of it. But one thing I do: Forgetting what is behind and straining toward what is ahead, 14 I press on toward the goal to win the prize for which God has called me heavenward in Christ Jesus.”

We are in a new era at LCU. Silas McCormick became president in the middle of a global pandemic. There has been no honeymoon in his presidency, and I can’t think of anyone I would rather have leading LCU in these difficult times.

As we kicked off the new school year – there was almost nothing that was the same. The need for social distancing, wearing masks, cancelling Christmas in the Chapel, limited sports seasons, and so many other changes due to COVID. It won’t be the same … but once again, we haven’t been called to be the same or to do the same. We’ve been called to press on … to be faithful … to not dwell on the past – but to move on to the future. Let’s pray and press on together.