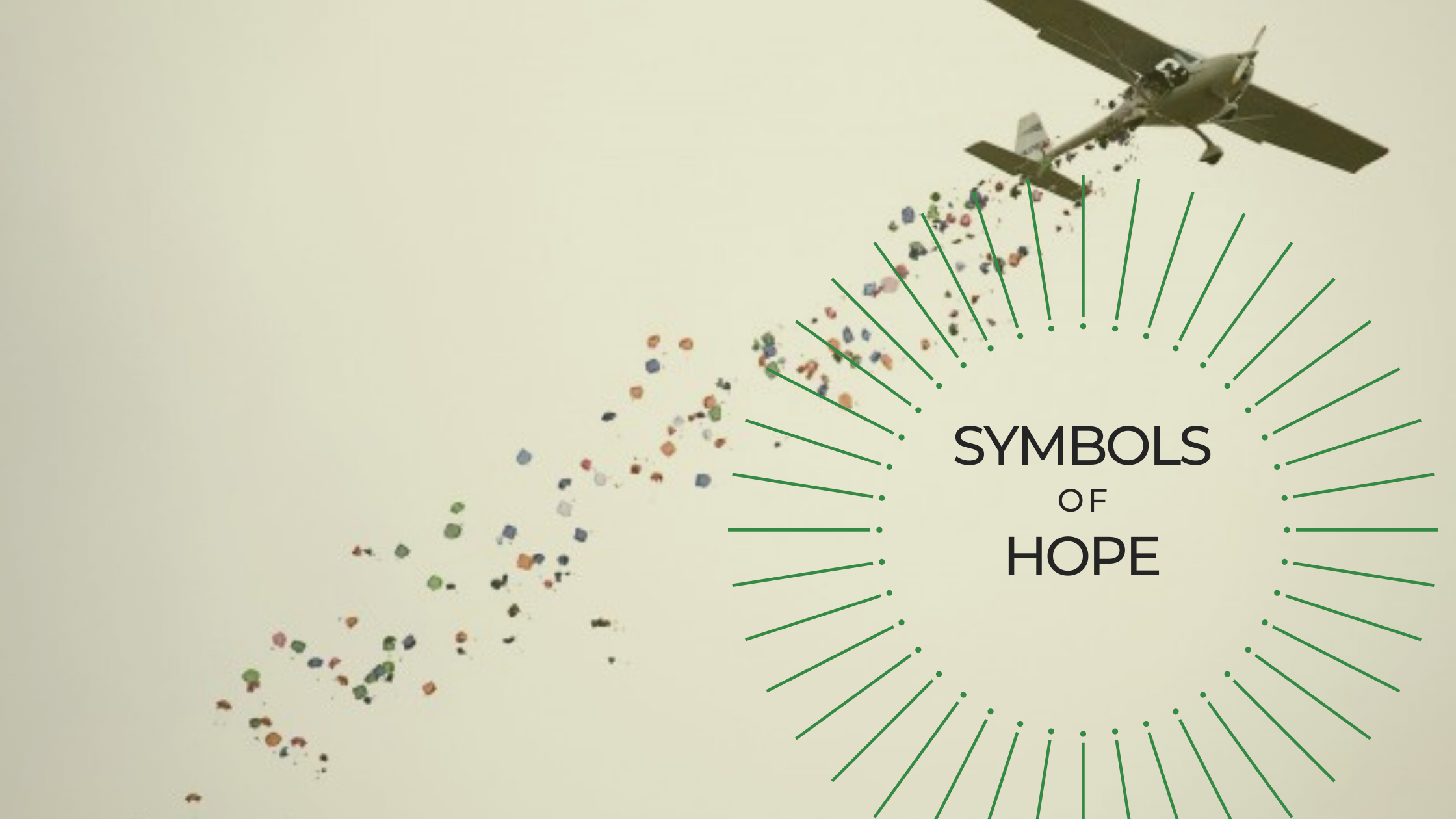 In July 1948, three years after the end of WWII, Soviet leader Josef Stalin was making a grab for Eastern Europe. Berlin stood divided between east and west. The Soviets cut off land supply lines to the 2.25 million Berliners living in the west.In response, the allies organized an airlift. American pilots began flying tons of flour, milk, meat, even coal to desperate Berliners.

“We had freedom and flour; they needed both,” Hal Halvorsen said.

At age 27, Hal Halvorsen was one of the pilots dropping necessities into the city of Berlin. As he did, he noticed children standing behind barbed wire at the end of the runway who were so grateful for the delivery.

“And then I realized, suddenly,” Halvorsen said. “Not one of those 30 kids had put out their hand and said, ‘You got any chocolate?”

Halvorsen gave the kids a stick of gum. After seeing their deep appreciation, Halvorsen was compelled to act.

Without even asking for permission, he began fashioning tiny parachutes out of handkerchiefs and tied candy to each one. But to get the attention of children on the ground below, he had to get creative.

“In the base op, there was a big stack of mail,” Halvorsen said. “On the letters it said, ‘To Uncle Wiggly Wings.'”

As he dropped dozens of tiny parachutes from the sky, grateful German children gathered and then spread the word: Their former enemies, the Americans, were dropping candy from the sky.

“They fell in love with America and went home and convinced their parents,” said Andrei Cherny, author of “The Candy Bomber”

With Halvorsen’s actions, the candy bar became a symbol of hope. The military did not know who the candy bomber was until a reporter saw Halvorsen’s tail number.

“I thought I was going to be court-martialed,” Halvorsen said.

After his identity was discovered as the mystery candy bomber, Halvorsen was called up before a colonel, who unexpectedly encouraged Halvorsen to continue his mission.

After receiving the colonel’s tacit approval, other pilots joined his effort and the candy bombing went on until the airlift ended in 1949.

As a result of Halvorsen’s initiative, America’s legions of candy bombers dropped about a quarter million tiny parachutes over Berlin with millions of pounds of candy. Click Here for Full Story

I love the line in this story that says the candy bar became a symbol of hope. We have an incredible opportunity right now as Christians to be shining lights of the hope we have through Jesus.

As I begin my ministry here at RCC I have already started thinking of ways I can be light for Jesus in our community and how I can help others do the same. It would be amazing if I could find a way to drop candy bars from the sky that say Jesus loves you but that may be a little tough to pull off but I am confident I can find other ways to share the love of Jesus even in the midst of a pandemic.

I want to challenge us all to step out of our comfort zones even in these uncertain times and look for ways we can share the hope that Jesus offers. I am reminded of Zaccheus in Luke chapter 19. He climbed a sycamore tree just to get a glimpse of Jesus.

How will you be a light that shines the hope that Jesus offers?

He Makes Me Lie Down