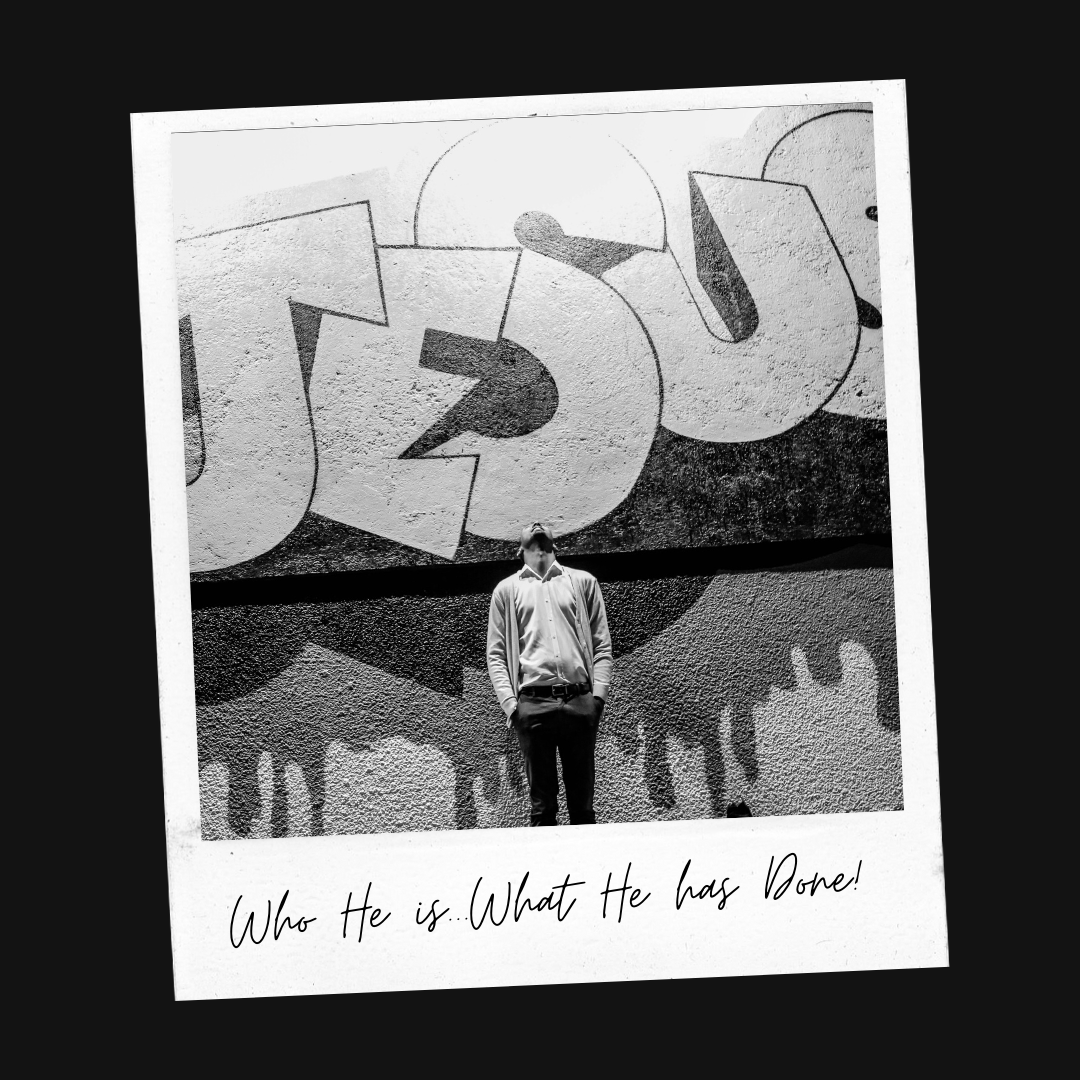 The true light, which gives light to everyone, was coming into the world. He was in the world, and the world was made through him, yet the world did not know him. He came to his own, and his own people did not receive him.  But to all who did receive him, who believed in his name, he gave the right to become children of God, who were born, not of blood nor of the will of the flesh nor of the will of man, but of God.

And the Word became flesh and dwelt among us, and we have seen his glory, glory as of the only Son from the Father, full of grace and truth.  (John bore witness about him, and cried out, “This was he of whom I said, ‘He who comes after me ranks before me, because he was before me.’”)  For from his fullness we have all received, grace upon grace. For the law was given through Moses; grace and truth came through Jesus Christ. No one has ever seen God; the only God, who is at the Father’s side, he has made him known.”

Did you know Jesus was there with God in Genesis?  Before God created the world, He knew it would need a savior.  God created us anyway, knowing it would cause the sacrifice of His son.

Before the fall of man, Jesus agreed to be our savior. Although everything was made through Him, as creator He humbled Himself to become part of creation.

Take a moment to reflect on who Jesus is.

He is God. Everything we have ever seen, tasted, or smelled was born from His imagination. The whole world is a testimony to His vast creativity, His abundant glory, and His generosity as he has given it to us to enjoy.

He is Holy. Having even walked this earth to face the same trials we all face in a broken world, He still did not falter. He is everything we are not. He has never let something else sneakily replace God as first in His life. He has never committed murder or adultery, even in His thoughts or heart. He does not lie, but only speaks truth. He is perfect, just, and righteous.

Now reflect on what Jesus has done.

He became man.  He left the comfort of the throne, and took on flesh. He left the perfection of Heaven, for the brokenness of the world. He limited his godliness to the confines of being human.

He served with love. While on earth, Jesus spent His days seeking and serving the lost. He showed love to the outcasts, the widows and orphans, the overlooked and overburdened. His days were spent healing, giving, and teaching.

He died. He was scourged with a multi-lashed whip containing shards of metal and bone. A crown of thorns was pressed into his flesh. He was mocked, spat on, and beaten. His body was physically nailed to a cross, where He suffered a slow and painful death.

And He did this all to suffer alongside us, to model love and service, to take on our punishment so we don’t have to.

Philippians 2:5-11, “Have this mind among yourselves, which is yours in Christ Jesus, who, though he was in the form of God, did not count equality with God a thing to be grasped, but emptied himself, by taking the form of a servant, being born in the likeness of men. And being found in human form, he humbled himself by becoming obedient to the point of death, even death on a cross. Therefore God has highly exalted him and bestowed on him the name that is above every name,  so that at the name of Jesus every knee should bow, in heaven and on earth and under the earth, and every tongue confess that Jesus Christ is Lord, to the glory of God the Father.”

Then, He lived. His perfect life earned resurrection, and He rose back to life on the third day. His death took our punishment, and His resurrection paved the way for us to also be raised after death.

Jesus’ gift is for everyone. We simply need to recognize who He is, what He has done, and accept this miraculous gift. What are you reflecting on this Easter season? What has you in awe?